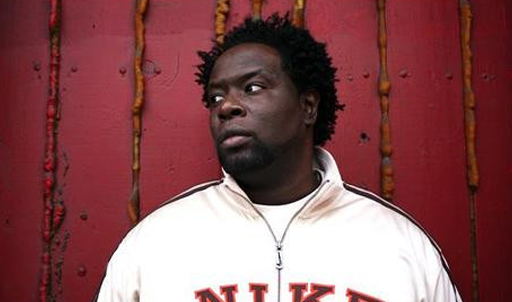 An accomplished master in the marriage of rhythm and flow, Chip Fu is one of the few underground composers and performers dedicated to spreading the indubitable significance of Hip-Hop and Reggae music. “Those who listen to what’s mainstream and call it Hip-Hop are sadly misled”, the Brooklyn native once stated in an interview. “My objective is and always has been to abstain from cookie cutter material. The public needs something fresh. Organic. Real.”

A universal storyteller and lyrical engineer, Chip’s high mark does not revolve around creating a simple song. His primary ambition is to deliver an art piece that is then transformed into an audible experience for anyone who listens. As a result of this implemented philosophy, Chip Fu has accomplished the meticulous feat of delivering flavorful, wisdom-laced messages without sacrificing a drop of authenticity.

To sharpen his wits, Chip began aligning himself with other like-minded individuals and professionals who shared his passion for music as an art form. This paved the way for his alliance with East Flatbush lyricists Joe and Lennox in the early 1990’s, and together they formed the Hip-Hop trio “Fu-Schnickens”. Throughout the group experience Chip continued to hone his skills as an artist and performer by learning the in’s and outs of the music business. The group’s pinnacle came with the release of “What’s Up Doc? (Can We Rock)” in 1993 which featured basketball star Shaquille O’Neal and was named a Top 40 hit for the summer. However, after the release of their second album “Nervous Breakdown”, Fu-Schnickens made the amicable decision to part ways in 1996 to pursue individual creative endeavors.

After two gold albums and a platinum single and album for writing and working with Shaq and other artists, it was natural for Chip to want to create and release albums under his own record label and film production company appropriately coined BLAQ-INK MG. Through this endeavor the company focused on writing and producing for other artists as well.

Although there were times where commitment to truth meant surviving the uphill trudge, Chip Fu’s key strategy to remain true to the art of Hip-Hop allowed for his future to take care of itself. As if his popularity had not already reached its head, Chip found himself in even higher demand as a guest artist working with the likes of Pete Rock, Vinnie Pazz, Ali Shaheed (Tribe Called Quest, Lucy Pearl, D’Angelo), TheARE (Keyshia Cole, Lil’ Kim), Needlez (50 Cent & Ludacris), S1 (Kanye West’s Power), !LLMiND (Sean Price, 50 Cent), Busta Rhymes, Jim Jones, Sean Price, and Rapsody . Chip Fu’s contributions quickly garnered a loyal underground fan base. A group of followers who understood the value of his sound in a climate where music had become less than conducive to the survival of Hip-Hop’s origins.

The BLAQ-INK army continued to saturate the virtual realm with Chip Fu’s past and current work and in turn attracting a new age group of followers. Chip’s exclusive online release of “Love Me Sensi” accompanied by the official YouTube video attracted more than 500,000 unique hits in its first month of release . Following that video Chip Recently did a song called “How Low the Casket Goes” Featuring Heavy newcomers and spitters such as Rapsody and Prayah.

The BLAQ-INK label plans to continue their work in re-establishing the heart of American Hip-Hop and Reggae through the release of Chip Fu’s forthcoming album. Chip Fu states “As long as I’m being true to myself and my loyal fan base.. that’s what means the most to me”.