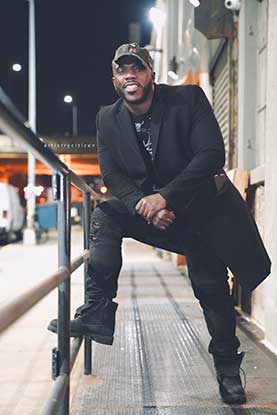 Blahzay Blahzay was an East Coast hip hop group from Brooklyn, New York, consisting of DJ PF Cuttin and MC Out Loud. The group released only one album, 1996’s Blah Blah Blah, along with a 1999 maxi-single of new material. The LP contained the group’s most popular track, Danger. The album was influential during the rest of the 1990s in the reemerging hip-hop scene in New York.

PF Cuttin and Out Loud worked behind the scenes for ten years producing tracks for artists such as Masta Ace and Craig G until 1995, when the duo hit the scene with its hit song “Danger,” a top-5 hip-hop single featuring a sample from Jeru the Damaja’s underground hit “Come Clean” (“When the East is in the house…”), as well as Q-Tip from the Beastie Boys track “Get it Together” (“Oh my God…”), and Ol’ Dirty Bastard from Big Daddy Kane’s song “Show & Prove” (“Danger!”). Blahzay’s album Blah Blah Blah was released August 1996.