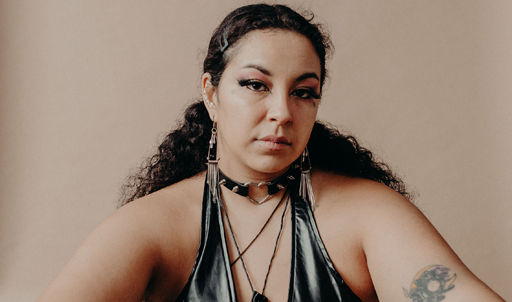 Mamarudegyal MTHC (Born Diana Hellson; January 11, 1992) is a Professional Hip Hop & R&B Artist and Founder of Indigenous Hip Hop & Multimedia Group “Rudegang Entertainment”; Based in Burnaby, BC. Releasing her debut EP “MRG EP” in 2016, and taking home two Fraser Valley Music Awards (Best Hip Hop – Female, Queer Excellence in Music) in 2017, Mamarudegyal MTHC has made quite a name for herself and has the BC Hip Hop scene waiting impatiently for her follow up album, currently in progress.